MORE REGULATED PARKING NOT THE ANSWER 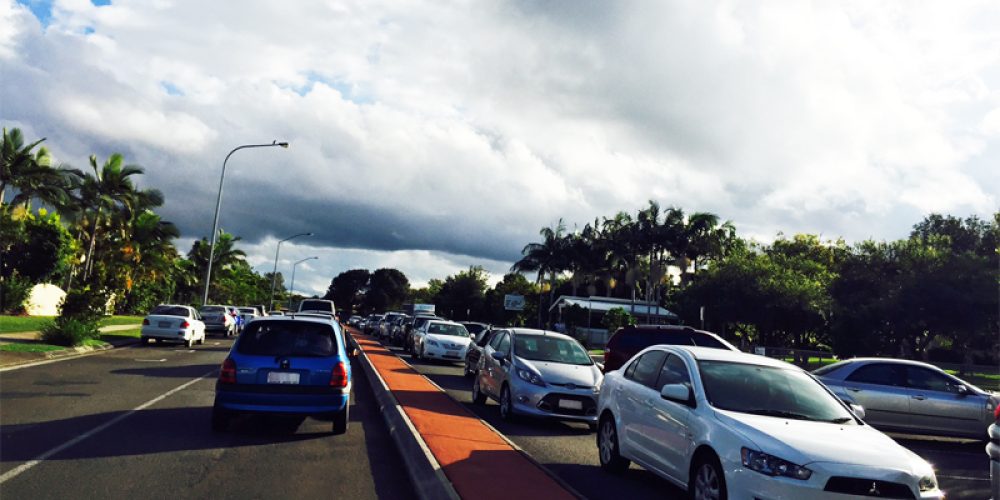 UPDATE 10 December 2015: Success! The parking proposal which would see residents paying for permits is not proceeding. People power prevails.

The Sunshine Coast Council is calling for submissions on a proposal to introduce residential parking permits in a section of Sippy Downs, and make an amendment to Subordinate Local Law No.5 (Parking) 2011. Otherwise known as on-street regulated parking, it really is the thin edge of the wedge.

As part of this proposal, Council wants to introduce an annual parking permit which will cost residents $47 for the privilege of parking their own vehicles on the street outside of their own home, between 8am – 5pm weekdays, if you want to stay for more than 2 hours.

The plan is designed to discourage University students from using local streets and parking in front of homes all day (in some cases illegally across driveways), creating safety and traffic hazards for pedestrians.

On the face of it, the proposal seems like a good idea, however it is a far cry from a proper solution, and will only compound the problem for residents in the future. I want a solution too, but not tackling the initial traffic flow and parking availability on Scholars Drive is missing the mark.

The lack of parking in this precinct is a significant and complex issue. Poor traffic flow on Scholars Drive has also been a problem for both residents and school commuters for many years. These core issues need to be addressed before any more restrictions or penalties imposed on the community are considered.

Has Council really thought this through properly? Council has had over 8 years to deal with the Scholars Drive issue, and is this the best that they can come up with? Lack of foresight and determination have stopped Council from implementing a real solution to traffic flow on Scholars Drive, such as the “J-link.” More of that however, for another time.

The main concern for this proposal is that residents should not have to pay for an annual permit to park outside of their own home, irrespective of any time limit. Those who don’t mind the idea of paying for an annual permit, I suspect will not be effected by the proposal, particularly if they don’t have more than two cars in the family. Just think of the consequences first for your neighbours.

Council says that the annual parking permit covers the costs associated with assessing the application and processing a permit. They have also stated, “of course, they can still park in their garage and driveway at no cost. The permit is an added benefit for residents who may require additional car parking spaces.” I’m sorry, but I don’t see an “added benefit” having to pay $47 for that right.

To charge residents in a designated area (known as the red zone) of Sippy Downs an annual parking permit will create certain problems. Here are my objections to regulated parking and the proposed plan, which include but not limited to:

All revenue generated from fines that are imposed in the existing regulated off-street parking zone, goes straight to Council, not the University. If Council is steadfast on issuing an annual parking permit, they should not charge residents for the permit. This would go a long way in dealing with the objections to the proposal.

Council could easily recoup the money from the thousands of dollars that are collected in fines for enforcing the University’s paid parking. But that is a short sighted solution which will do nothing for the future of our community in Sippy Downs and Chancellor Park.

It must be said that the current problems with parking in surrounding streets have been greatly increased since the University introduced paid parking. Despite immense community opposition those plans went ahead with Council implementing the plan. Since Council had a vested interest in receiving revenue from the fines generated, no wonder that decision was forced through.

The good news for now, is if you live outside of the proposed regulated parking zone (in red), you will not be able to, or need to apply for a parking permit. What guarantees are there that the regulated zone will not expand in the future as more students enrol at the University of the Sunshine Coast? What is for certain is that the proposed plan will push the problem to other areas of Sippy Downs.

Council’s proposed amendment is a band-aid solution which will only compound the problem for future generations. The solution must solve the core of the problem, which is to fix Scholars Drive access, develop more dedicated free parking zones closer to campus, and improve traffic flow around Chancellor State College. In a perfect world, get rid of paid parking altogether.

So my friends, say no to more on-street regulated parking zones and resident paid parking permits. It really is the thin edge of the wedge.

You can submit your feedback to Council until Monday 30 November 2015 via this link, checking the box for Subordinate Local Law No.5 (Parking) 2011: https://www.surveymonkey.com/r/LocalLawReview2015.

Mike has lived in Chancellor Park for over 15 years and is a community advocate. He is a small business owner and enjoys helping people in the community. As a former President of the local community association Mike has always strived to improve our community.
View all posts by Mike Doroshenko →