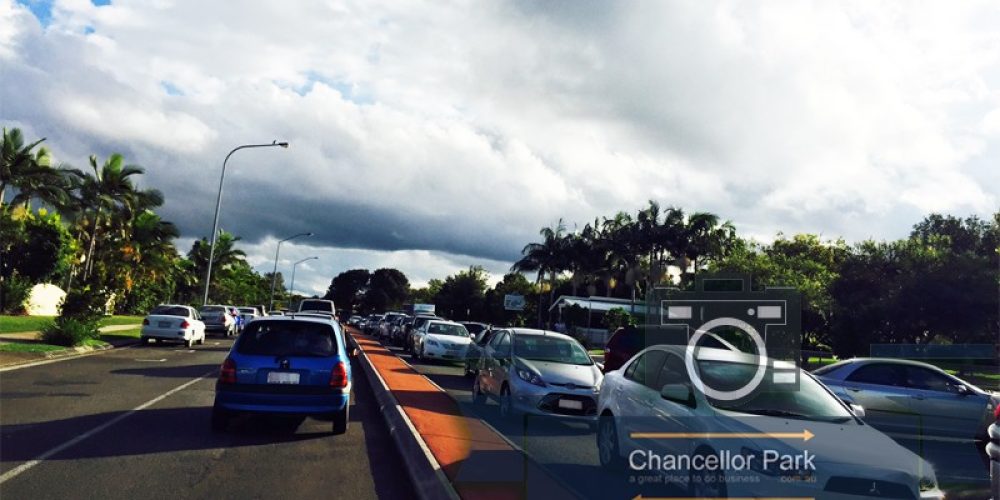 As part of my solution to the parking and traffic congestion we have in and around Sippy Downs, and in particular around Chancellor State College, it is time to implement a plan that will solve the chaos. Like many parents, for the last eight years I have had to put up with traffic congestion during school pick up and drop off.

I do not believe that we should put up with this situation any longer and the solution has been discussed many times before but little has been done in this area to solve the problem of a cul-de-sac in front of a major destination.

The Solution (Stage One)

Paint a “do not cue across intersection” line marking in front of the entry to Scholars Drive shops and Setonhall Circuit, to allow for free flowing traffic.

Depending on the outcomes of stage one, stage two may or may not need to be implemented.

The same problems exist at the secondary campus, although the situation is slightly different with regulated parking being at a minimum for parents.

Depending on the success of the above, an additional car park may need to be considered (indicated in blue) on school grounds

Mike has lived in Chancellor Park for over 15 years and is a community advocate. He is a small business owner and enjoys helping people in the community. As a former President of the local community association Mike has always strived to improve our community.
View all posts by Mike Doroshenko →