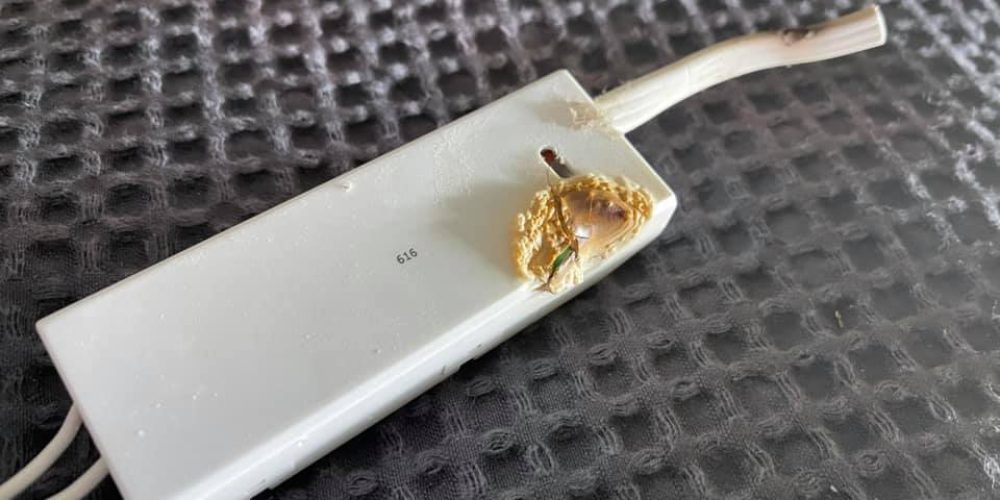 A timely reminder to consider changing your lights over to LED. A lucky escape for this Sippy Downs family who changed over their halogen down lights. A disaster waiting to happen.

A second light fitting was found in the change over.

Scary thing is that electricity was still going through these lights. Very easy for them to catch fire.

I timely message for all to think about getting rid of your halogens, and replacing them with LED lighting.

Australia is pushing back the introduction of new legislation to phase out halogen lamps by 12 months to keep the policy in line with the European Union.

Halogen lamps were due to be phased out by September 2020, but this has been moved to late 2021.

The move followed a decision in 2009 to phase out incandescent bulbs in mainstream light fittings in an effort to lower carbon emissions and encourage energy efficiency. Despite this, modern cosmetic versions of incandescent lighting still exist on the market for ambience and decoration.

In 2018, the Council of Australia Governments (COAG) Energy Ministers agreed to go one step further by phasing out halogen lights and introducing new minimum standards for the use of Light Emitting Diode (LED) bulbs.

The COAG energy ministers agreed to align Australia’s policy with that of the European Union, using the latter as a roadmap for implementation of best practice.

The government’s energy rating website said that EU legislation (published December 2019) which was due to be implemented in early 2020 has been pushed back to come into effect in September 2021 as a result of the disruption brought about by the COVID 19 pandemic.

The government said that the delay will allow for more consultations and the Equipment Energy Efficiency Programme (E3) will seek stakeholder advice to improve the transition period.
Does this mean I should not replace halogen lamps just yet?

You may decide to wait if it’s an undertaking you can’t go through with just yet, but pushing forward can certainly help reduce your electricity bill if you do so. Government research has found that lighting costs account for between 18 and 40 percent of electricity consumption in commercial premises.

LED light bulbs last much longer than incandescent, fluorescent and halogen equivalents and they also require a quarter of the power to generate the same amount of light.